“Grove Lane,” the Compass album he made with guitarist John McGann, is the Irish Echo’s No. 1 traditional recording of 2010. It features seven original tunes from Derrane, whose beautiful, intricate compositions have been increasingly covered by other musicians, including “The Happy Reel” by the David Munnelly Band on their album “Tight Squeeze” last year. And on their 2010 album “The Killaviil Post,” the Dartry Ceili Band refers to Derrane as “the great Boston-born accordion player who made a dramatic return to traditional Irish music in 1994.” Sixteen years later, no one has forgotten the seismic impact of his comeback. The adventurous spirit of Derrane, who’s now 80 years old, is especially noticeable on his new album’s exotic “Tango Derrane,” a track selected by Irish Times critic Siobhan Long as one of the top 50 musical moments of the past year.

This resurgence of praise for Derrane in 2010 is only surpassed by what he received right after his 1994 comeback. Topping last year’s plaudits for Derrane was a sold-out, historic tribute concert–showcasing more than 30 musicians and dancers–that was held on Nov. 13 at the Fairfield Theatre Company’s Stage One in Fairfield, Conn. The outpouring of admiration and affection for Derrane never ended that night.

I’ve been covering Irish traditional music for more than 32 years, and in all that time I have never encountered a talent like his. Another brilliant Irish-American button accordionist, Billy McComiskey, put it succinctly: “Joe Derrane is absolutely as good as it gets.” Posterity will eventually provide the full recognition and empyrean position in Irish music he deserves. But right now, the Irish Echo joins countless Derrane enthusiasts in congratulating him as the “Traditional Artist of the Year”– again.

A strong second to Joe Derrane for this award was fiddler Caoimhin O Raghallaigh, who had three recordings in the Irish Echo’s top 16.

Last week’s “Ceol” column listed the top ten Irish traditional recordings of 2010. Here are the next 20 in order of excellence:

12. “The Killavil Post” by the Dartry Ceili Band (self-issued): They were the All-Ireland senior ceili band champion in 2009, but any ensemble with wife and husband June McCormack on flute and Michael Rooney on concertina would have to be reckoned with. Fantastic dance music, plus two songs.

13. “Abocurragh” by Andy Irvine (self-issued): A member of Sweeney’s Men, Planxty, Patrick Street, and Mozaik, Irvine delivers one of his finest solo albums ever, titled after his residence near Enniskillen. The CD includes a glistening new version of a signature Sweeney’s Men song, “Willy of Winsbury.”

14. “The Ewe with the Crooked Horn” by Colm Gannon, Jesse Smith, and John Blake (self-issued): Button accordionist Colm Gannon and fiddler Jesse Smith are from the U.S., and guitarist and flutist John Blake is from London, making this trio album a triumph rooted in the diaspora.

15. “Aurora” by Michael McGoldrick (Compass Records): Raised in the Irish traditional music hotbed of Manchester, McGoldrick forges a solo CD of impressive tunes and playing on no fewer than five instruments.

16. “A Moment of Madness” by Brendan Begley and Caoimhin O Raghallaigh (self-issued): All moments of bliss from Kerry native Begley on button accordion and Kerry resident O Raghallaigh on fiddle.

18. “The Living Stream” by Matt Cranitch and Jackie Daly (self-issued): A well-stocked stream of Sliabh Luachra music from two Cork-born masters, Cranitch on fiddle and Daly on button accordion.

22. “Disgrace Notes” by Seamus Begley and Tim Edey (self-issued): The duo of Begley on vocal and accordion and Edey on guitar, piano, and bass is incapable of making a single disgrace note.

23. “Side by Side” by the Kane Sisters (self-issued): Letterfrack, Galway, fiddlers Liz and Yvonne continue to dazzle.

25. “Natural Angle” by Grada (Compass Records): A fascinating, fresh angle from the band on an album produced by bluegrass luminary Tim O’Brien.

26. “Christy Leahy / Caoimhin Vallely” (self-issued): The band North Cregg featured both of them for a time, but here Cork native Leahy and Armagh native Vallely collaborate on an accordion-piano album of compact impact.

28. “Short Stories” by Grainne Murphy (self-issued): Taught by Seamus Connolly, this Boston fiddler relocated to New York City, where her reputation got a strong boost from this estimable solo debut.

29. “Happy to Meet, Sorry to Part” by Peter McAlinden (self-issued): All-Ireland senior tin whistle champion of 1979, McAlinden steps out of his long-term role in London academia to fashion this stirring debut.

Hands down, it was the National Heritage Fellowship bestowed by the NEA in Washington, D.C., on the great Galway-born, N.J.-resident flute, whistle, uilleann pipes, and Jew’s harp player and lilter Mike Rafferty.

It was the aptly titled “A Concert for the Ages” tribute to Joe Derrane on Nov. 13, 2010, at the Fairfield Theatre Company’s Stage One in Fairfield, Conn.

Best book about Irish music in 2010

“Joe Holmes–Here I Am Amongst You: Songs, Music and Traditions of an Ulsterman” by Len Graham (Four Courts Press, Dublin): A monumental and utterly moving book by one legendary singer about another. Also seek out the stand-alone companion CD.

Best collection of tunes in 2010

Best albums of archival importance in 2010

“The Francis O’Neill Cylinders: 32 Recordings of Irish Traditional Music in America Circa 1904” (Ward Irish Music Archives) and “A Feeling in the Blood” by fiddler Neillidh Boyle (3-CD set from Cairdeas na bhFidileiri), who lived from 1889 to 1961.

Best single issue of a scholarly journal in 2010

Best sources for the top 30 albums 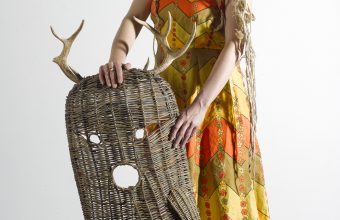 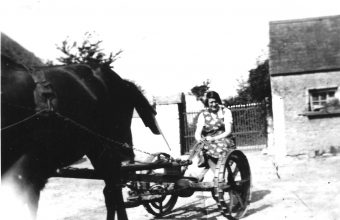 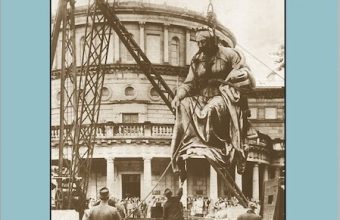