McGovern’s interview debut is her swansong 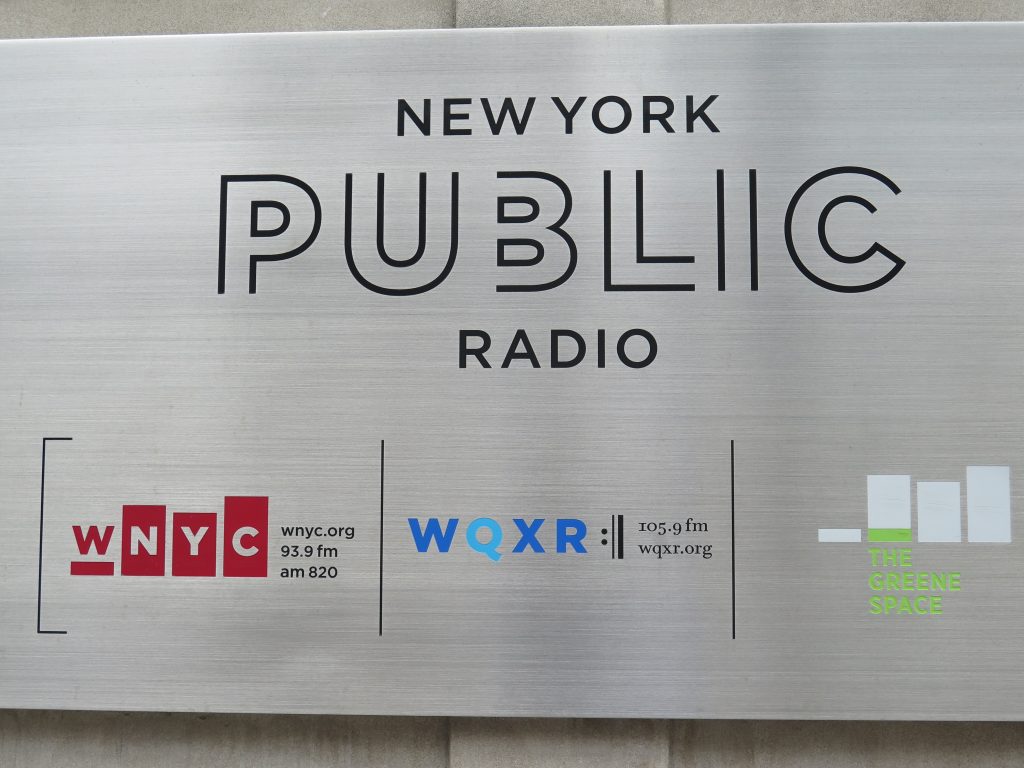 “Even though it’s radio, it pays to have eyes like a hawk,” said Nuala McGovern on Thursday, her last day at WNYC.

It was, she added, one of the five secrets of the successful producer.

To illustrate the point, she told of the time a caller to “The Brian Lehrer Show” alleged that Hillary Clinton demanded that military personnel wear civilian clothes in the White House. The phones were lighting up, as they usually do on the program, but executive producer McGovern spotted that Clinton herself was calling to put that urban legend to rest.
It wasn’t a huge surprise that the then junior U.S. senator for New York was listening. Time magazine referred to the Lehrer program, which airs weekdays from 10 to noon, as New York’s “most thoughtful, informative talk show.” In the years since, the show’s reputation and that of its host have only grown. In 2007, it won a Peabody Award for WNYC.
But last week, Lehrer revealed that “my No. 1 partner in bringing you this program” was leaving for London because her husband’s company was transferring him there.

McGovern’s name had been announced thousands of times in the credits, but listeners heard her Dublin accent for the first time last week when the host discussed with her some highlights of her eight years at WNYC and also those five producer’s secrets.

The volume was turned up from its usual murmur in the WNYC’s open-plan offices beyond the studio window as about 25 staffers stopped work to watch and listen.

McGovern made hand gestures and eyed the clock, things not normally done from the guest’s chair.

About then, a former WNYC employee posted a message to the program’s website saying he’d never seen anyone filter information quite so quickly as Lehrer’s executive producer.

Meanwhile, McGovern, who grew up in Drumcondra, offered up another of the secrets: be creative with your research techniques.

“I find that taxi drivers are a real font of information,” she said. “Drop an issue into the conversation and if it provokes a discussion it’s probably going to work on the radio.”

Her own research began early. Her father, a bar owner and a news junkie, would pick her up at kindergarten and sit her down with his elderly male customers who discussed the football scores, pigeon racing and the day’s headlines.

McGovern, a graduate of UCD, got her start in New York radio with “The Adrian Flannelly Show.” She was hired by WNYC in time for the Bush-Gore showdown in 2000. The staff was evacuated just after the Sept. 11 terror attacks, but stayed put during the blackout of August 2003.

The “Lehrer” team went to both party conventions in 2004 and 2008. In late 2003, it traveled to London to join forces with Robin Lustig of the BBC World Service for a “Global Call-in” show that asked if it was possible to export democracy. An Iraqi politician complained bitterly during that broadcast about Lehrer and a caller’s line of questioning: “I find it extraordinary that you allow people like that to use these airways,” he said.

That was another of the secrets: you have to be prepared to put that difficult question, even if it means upsetting the guest. So, Lehrer could ask retiring Supreme Court Justice Sandra Day O’Connor why Florida wasn’t allowed to count its votes in 2000.

And yet another secret: you must be “ready to turn on a dime.”

And, last but not least, “know thy audience.” A clip was played of one regular, Joy from Brooklyn, a retired school principal who complained: “A teacher needs a lot more than test scores.”

Lehrer asked the elderly woman to turn her own radio down. “I can’t,” she said. “I’m in the tub.”

“You love that call,” Lehrer said to the laughing McGovern.

The show has been willing to return the compliment.

“She’s an absolute delight to work with,” Lehrer told the Echo a few years ago. “She’s always on an even keel. She can juggle eight balls at once, which often she’s called upon to do.”

On last Thursday, Lehrer said he used to say McGovern was his right arm and that his other right arm was Jim Colgan, who is also from Dublin.

Colgan, now a producer on the station’s morning news show “The Takeaway,” was invited to discuss various catch phrases known at WNYC as “Nualaisms.”

Lehrer turned it into a word game entitled: “Is that a Nualaism or is that just Irish?”

Said Colgan about the first one: “‘Yer man’ is a bit of both. Nuala has been here a long time, so she doesn’t really have an excuse to keep saying ‘yer man’. I think it’s a Nualaism because she insists on saying it.”

Then Colgan added another Irish phrase to the list — “cop-on” meaning sense. “Nuala has the most ‘cop-on’ of anybody I ever met,” he said.

Lehrer closed the show with some words of advice and warning to any employer at the BBC or anywhere else in London who happened to be listening. They had two choices: “Hire Nuala McGovern right away or sit idly by as your competition hires her and watch them bury you.”

“The Brian Lehrer Show” can be heard weekdays from 10 to noon in the metropolitan New York area on FM 93.9 and AM 820 and anywhere else via the internet at www.wnyc.org.