IF Nemo Rangers and O’Loughlin Gaels go on to secure the All-Ireland club crowns, both will reflect on two extraordinary provincial deciders.

Cork champions Nemo defeated Dr. Crokes from Kerry 1-15 to 1-13 in the Munster Senior Club final, with Kilkenny’s Loughlin Gaels getting the better of Wexford’s Oulart-the-Ballagh by 0-14 to 1-8 in the Leinster Hurling Club decider.

In the case of Nemo Rangers, they produced a superb first half display only to see Dr. Crokes come back at them in the second half. O’Loughlin Gaels, by contrast, trailed for much of their game but came good in the closing stages to snatch victory.

No one, least of all Dr. Crokes, could believe what happened in the opening half of the Munster final at Mallow.  Nemo swept Dr. Crokes aside as they established a 1-13 to 0-3 lead.

Remember, this was a strong Dr. Crokes team which included Colm “Gouch” Cooper. Yet they  had no answer to the brilliance of their opponents.

Nemo manager Eddie Kirwan went as far to say that the first half effort was “as good as I have seen.”  Surely though Dr. Crokes had to get their act together and mount some sort of challenge in the second half.

They did. Whatever was said at the interval had the desired effect, and the game took a dramatic change. Nemo, perhaps believing the game was won, found themselves on the receiving end as Dr Crokes reduced the deficit to six points (1-13 to 0-10) within 15 minutes of the restart.

Cooper, unsurprisingly, was much more involved. He contributed a couple of points and then brought a great save out of Brian Morgan in the Nemo goal.

Eventually, the much needed goal did come from the impressive Kieran O’Leary in the dying minutes, but by then it was too late. Nemo were mightly relieved to have held on, while Dr Crokes were left wondering why they gave themselves such a big mountain to climb.

The truth is that a lot of credit must go to Nemo for the way they played in the first half.  Their approach play and finishing was quite brilliant at times.

No one was better than John Masters, who finished with 1-3.  Masters took the decision to withdraw from the Cork panel last year but on this sort of form he still has a lot to offer.

David Niblock and Peter Morgan dominated midfield, while Paul Kerrigan and Barry O’Driscoll both contributed three points. And, although they lost their focus somewhat in the second half, Nemo did more than enough to show that they are in with a chance of lifting the All-Ireland trophy.

Certainly, they will be favorites to make the decider when they take on Roscommon champions St. Brigid’s in the semi-final at the end of February.

The Leinster hurling final in Carlow proved to be a very different affair, but no less exciting. Something that doesn’t seem to change, however, is that Wexford teams continue to have major problems against Kilkenny opposition.

Oulart must still be feeling the pain of losing. They led for most of the match, missed a penalty and then had wing-back Lar Prendergast sent off nine minutes from time.

Earlier, the situation had looked so promising.  Oulart led by 1-7 to 0-6 at half-time with Rory Jacob scoring a well taken goal, and David Redmond contributing three points.

But the scores dried up in the second half and O’Loughlin Gaels grew in confidence. So much so, they drew level going into the last 10 minutes, and, following the sending off of Prendergast, then made sure of victory with some well taken points.

Mark Bergin’s accurate free taking was important, he contributed 0-5.  But the secret to this O’Loughlin Gaels outfit surely is their never-say-die attitude.

“The calmness was there,” remarked selector Andy Comerford, a former Kilkenny captain. “We know we are a team that, when backed into a corner, will come out fighting.”

Louth lose out to Kildare

ONCE again, the Louth footballers have seen a trophy snatched from their grasp. But this time there could be no complaints.

Unlike the controversial Leinster Championship decider loss to Meath last summer, Sunday’s 3-9 to 2-9 O’Byrne Cup final defeat to Kildare at Newbridge had nothing to with bad refereeing decisions. This time, it was down to two perfectly good Kildare goals in the last minute and stoppage time.

Hard to take, no doubt, but Louth accepted that they should have put the game away earlier. “Kildare hit us with two goals and we have to deal with that. So, there are no complaints,” stressed Louth manager Peter Fitzpatrick. “We had plenty of chances to kill off the game and didn’t take them.”  Neither was Kildare boss Kieran McGeeney especially pleased, although is team had come away with a victory.

His difficult was that Kildare hadn’t played particularly well. They also missed plenty of chances and their decision making was at times very poor.

At one stage Louth led by 2-7 to 0-5, and they were still seven points clear with 25 minutes left. But, as they took their foot off the gas, Kildare came back into it to eventually snatch victory with those two late goals.

Substitute Ronan Sweeney got the first from the penalty spot, before Keith Gribben added the match-winning second. It  was tough on Louth, particularly forward Derek Maguire who had scored their two goals.

Elsewhere, Dublin enjoyed a good weekend, with their footballers and hurlers both winning. The footballers needed extra time to get the better of Meath 2-16 to 2-14 in the O’Byrne Cup Shield final at Parnell Park.

As usual, Bernard Brogan was a key figure, scoring four points from frees.  At the same venue, the Dublin hurlers just managed to overcome Galway 1-20 to 3-13 by virtue of a Shane Ross injury time point in the Walsh Cup semi-final.

Predictably, the other semi-final saw Kilkenny trounce Laois 3-16 to 1-9. It was a good performance from a side clearly keen to make an early impression after the disappointing of losing out to Tipperary in last year’s All-Ireland final.

An under-strength Kerry football team proved  too strong for Clare in the McGrath Cup final, winning by 0-13 to 0-7, while Fermanagh and Tyrone had McKenna Cup victories in Ulster. Fermanagh beat Donegal 0-12 to 0-7, with Tyrone getting the better of UUJ 1-18 to 2-11. 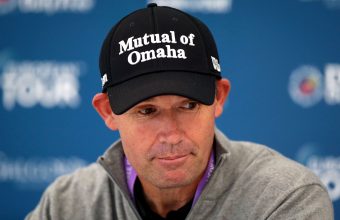 ‘Relaxed’ Power is in ‘good spot’ 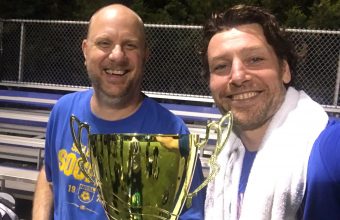 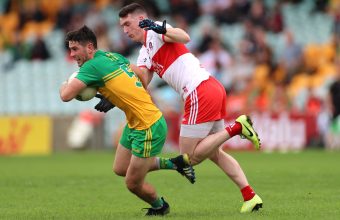 McBrearty has last laugh vs. Derry