“The Importance of Being Earnest” With Brian Bedford • Presented by the Roundabout Theatre Company at the American Airlines Theatre.

In general, it’s unwise for playwrights to direct productions of their own plays. Similarly, it frequently doesn’t work out well when stars direct shows in which they’re appearing.

At the moment, however, there’s a terrific new Broadway staging that puts the lie to all that. The new production of Oscar Wilde’s 1895 comedy classic, “The Importance of Being Earnest,” at the American Airlines Theatre has been directed by the amazing Brian Bedford, who also stars as Lady Augusta Bracknell.

The role of the imperious London dowager, referred to in the text as a “gorgon,” is, these days, more likely to be played by a male actor than a female performer. It’s almost forgotten that in director Anthony Asquith’s famous 1952 film version, the late Edith  Evans played the role to great effect.

At another point in the play, Bracknell is described as “a monster, without being a  myth.” As played, brilliantly, by Bedford, she is all of this and more, with the additions being contributed by this great actor residing in the area of humanizing this immortal character so thoroughly that it becomes easy to see her point on at least a few of her favorite subjects.

Bedford never mugs or begs for laughs, nor does he indulge in camp or  condescension, all of which would be easy to do, and have compromised the performances of many a past Bracknell, male or female.

It is often alleged that “The Importance of Being Earnest” is the finest comedy in the English language, at least since the Restoration, and, in a production as sterling as this one is, it’s tempting to share that view.

With a few cast changes, Bedford’s wonderfully fresh production had been playing triumphantly at the Stratford Shakespeare Festival in Ontario, Canada, for the better part of two seasons before making the move to New York.

The play concerns itself with the fortunes and foibles of a pair of fashionable, but perhaps not overly bright, London couples of the Victorian era.

Algernon Moncrieff, the nephew of Lady Bracknell, and therefore the cousin of her daughter, Gwendolen Fairfax. loves Cecily Cardew, the ward of his close friend, John Worthing.

To make everything flawlessly symmetrical, John, who is sometimes called Jack and at other times Earnest, is in love with Gwendolen.

There is a measure of utterly enjoyable silliness about “The Importance of Being Earnest,” with lengthy scenes devoted to such weighty subjects as bread and butter to be served at tea time and the availability, or lack of availability, of cucumbers to be converted into sandwiches for the same social ceremony.

As a canny Irishman, Wilde had plenty of comments to make on various customs and institutions highly regarded by his British neighbors, including the church, marriage, politics and moral earnestness in general, and he made them with irrepressible wit and style.

The production is well served all down the line, with Santino Fontana and David Furr as Algie and Jack, and Sara Topham and Charlotte Parry as Gwendolen and Cecily.

The older generation is well represented by Dana Ivey as the romantically available governess, Miss Prism, and by Paxton Whitehead as the equally vulnerable Rev. Canon Chasuble.

The set and costume designs are by veteran designer Desmond Heeley, whose work has graced stages throughout the world, seldom more appealingly than by the delicately beautiful candybox universe he has created for Brian Bedford’s wonderful interpretation of Oscar Wilde’s imperishable romp, “The Importance of Being Earnest.” 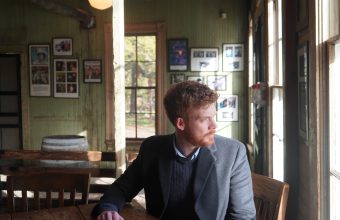 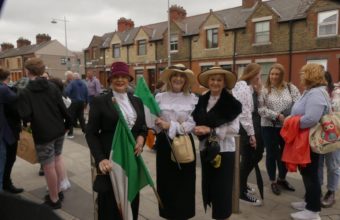 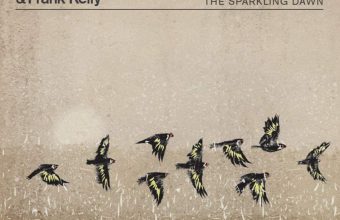 ‘The Sparkling Dawn’ is a must-have