NFL neither confirms nor denies Hopes that the Pittsburgh Steelers might play in Ireland remained alive this week after the NFL did not contradict a report in the Irish Echo that pointed to a regular season game in Dublin against an as yet unnamed opponent.

In response to a question from the paper about the possibility of the Steelers playing a NFL game next season in Ireland, an NFL spokesman said that no decision has yet been made.

“We would like to eventually play more than one game overseas each season and are working toward that goal,” said the spokesman.  He added that the NFL had not made any scheduling decisions for the 2011 NFL season, and they would made after this weekend’s Super Bowl in which the Steelers will face the Green Bay Packers.

As previously reported, the clincher for a Steelers appearance, most likely at Croke Park, would likely be Dan Rooney, whose family own the franchise and who is himself the current U.S. Ambassador in Dublin.

The Echo has learned that some groundwork has already been laid for a regular season game at the GAA headquarters which has a seating capacity in excess of 80,000.

A spokeswoman for Ireland’s outgoing minister for tourism, culture and sport, Mary Hanafin, told the Echo last week that discussions have already been held at the official level on the potential of an NFL regular season game being played in Ireland in the fall.

“Minister Mary Hanafin would very much welcome such a move to hold a future NFL game in Ireland, which has such a proud sporting tradition. There would be a great welcome for visiting fans traveling with the teams to Ireland as well as huge interest locally, and a knock on boost for Ireland from a tourism perspective,” the spokeswoman said.

Steelers quarterback Ben Roethlisberger is on record as saying that he would like to see a regular NFL game played in Ireland.

“I think it would be fun to go play in Ireland where Ambassador Rooney is. That would be kind of fun,” he said in response to a reporter’s question.

For the last four years the NFL has played a regular season game in London. Last October it was the San Francisco 49rs against the Denver Broncos at Wembley Stadium. 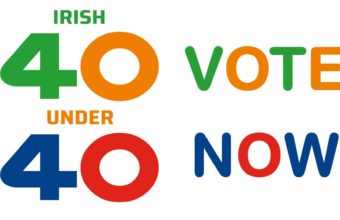